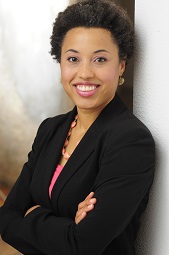 Ronda is a founding and managing member of Litwin Law Group, PLLC and is licensed to practice law in the states of Texas and Florida. Before starting her own practice, she drafted appellate briefs and complex civil trial motions at Cooper & Scully, P.C. Before joining Cooper & Scully, P.C., Ronda clerked at the Florida First District Court of Appeal.

Ronda graduated with honors from Florida State University, College of Law. While in law school, she was the technical editor of Florida State University’s Business Law Review. Ronda was raised in Los Angeles and received her undergraduate degree in Government from Claremont McKenna College.  During her undergraduate education, she ran the 400 meters and 4 x 400 meter relay becoming named a two-time NCAA Division III All American.  She continues to incorporate athletics in her life as a yoga instructor.

Thank You!
Your message has been sent successfully.